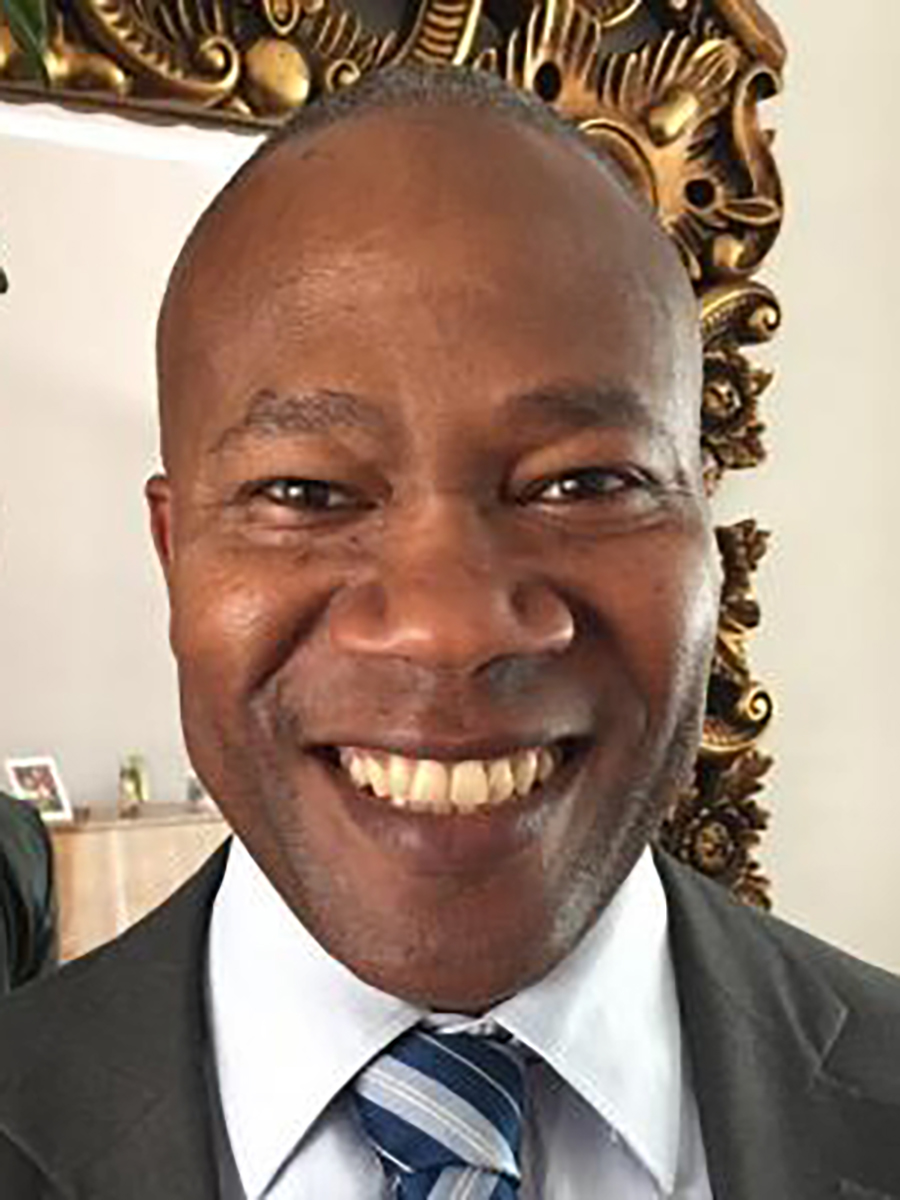 Mr. Wielzen is employed as a pastoral worker in the R.C. diocese Rotterdam (Netherlands). He has MA degrees in Theology, Religious Studies (Intercultural Ministry), and Educational Studies. He also has a Ph.D. in Theology from Catholic University Leuven (Belgium). Mr. Wielzen works at the intersection of pastoral ministry and religious education. He is the chief editor of Interfaith Education for All: Theoretical Perspectives and Best Practices for Transformative Action (2017), prefaced by the Rev. Victor Kazanjian, URI’s Executive Director. Next to chairing the URI Europe Board, Mr. Wielzen is also a member of two URI CCs in the Netherlands. His involvement is at both the interfaith grassroots level and the international academic level 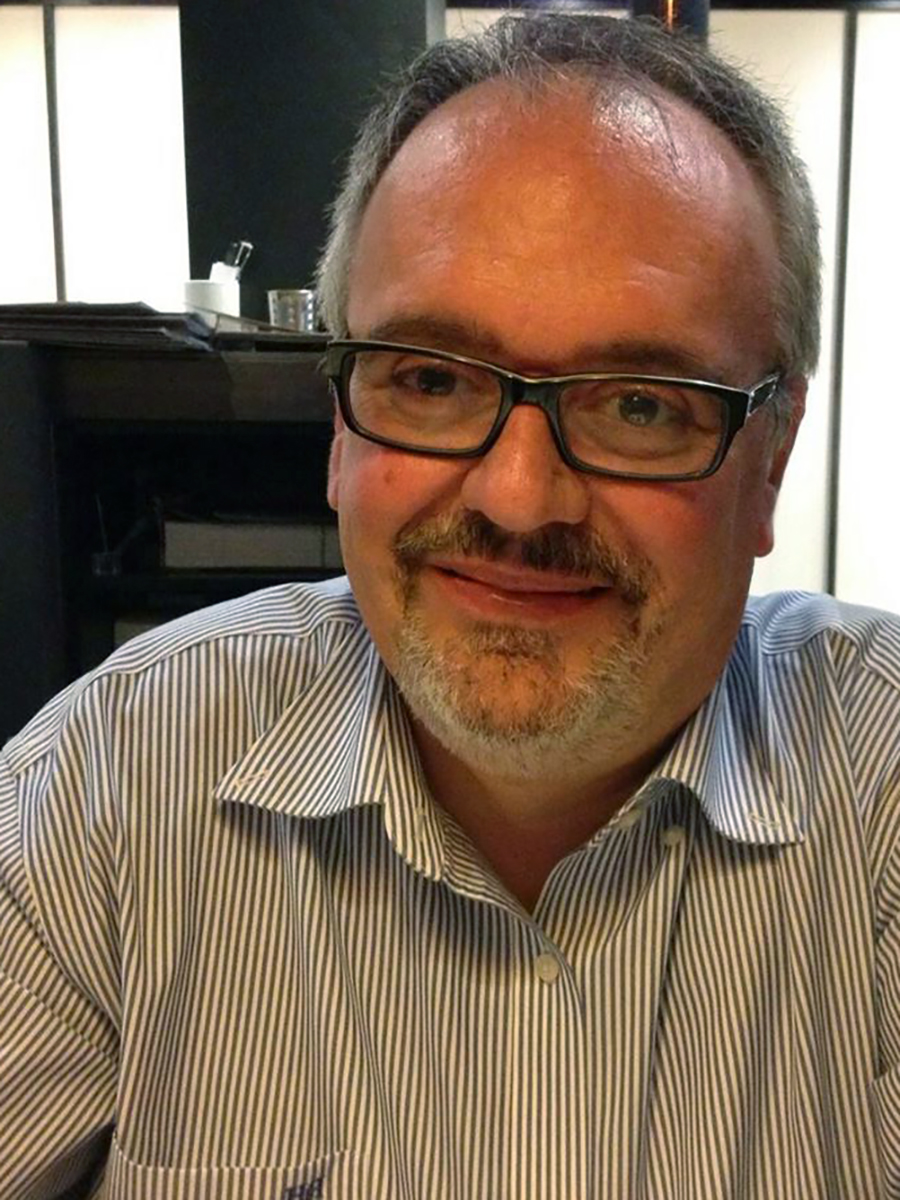 Jaume de Marcos is a member of the Board and former President of AUDIR (UNESCO Association for Interreligious Dialogue), an NGO based in Barcelona (Spain) which is a founding member of URI and dedicated to interreligious and interconvictional dialogue. Born in Barcelona in 1961, Mr. de Marcos has a Master's degree in History of Religions and a Postgraduate degree in Religion and Human Rights. He is also a distinguished member of the Michael Servetus Institute, and of the Spanish Society for the Science of Religions (SECR). He has published two books and several articles on topics related to history of religion, particularly the Protestant Reformation, as well as interfaith dialogue and understanding among traditions and cultures. 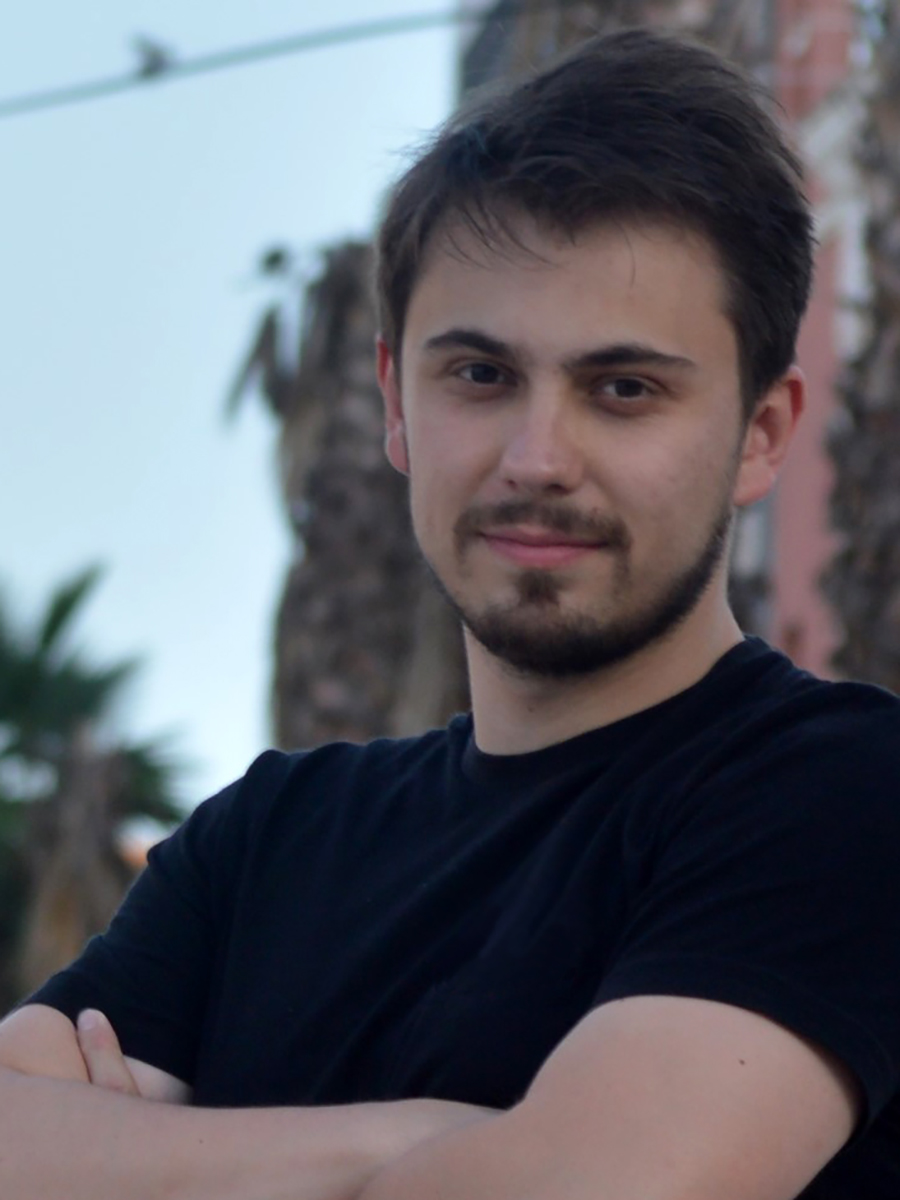 Daniel Eror was born in Sarajevo, Bosnia and Herzegovina, obtained formal education at University of Sarajevo, Master studies of Economy and Management, with a focus on Human Resources as well as Master program of Interreligious studies and Peacebuilding at Faculty of Catholic Theology.
Active member of civil society, with 12 years of progressive experience in the field of Intercultural dialogue, Reconciliation and Peacebuilding mainly working with young people in Bosnia and Herzegovina, as well as abroad.
He is a founder and president of Youth for Peace, organization which positioned itself as one of the most prominent youth-led organizations in BiH, working in field of peacebuilding.
He is certified Trainer for work with youth, with expertise in the field of Conflict transformation, Dealing with past and Human Rights and Discrimination. 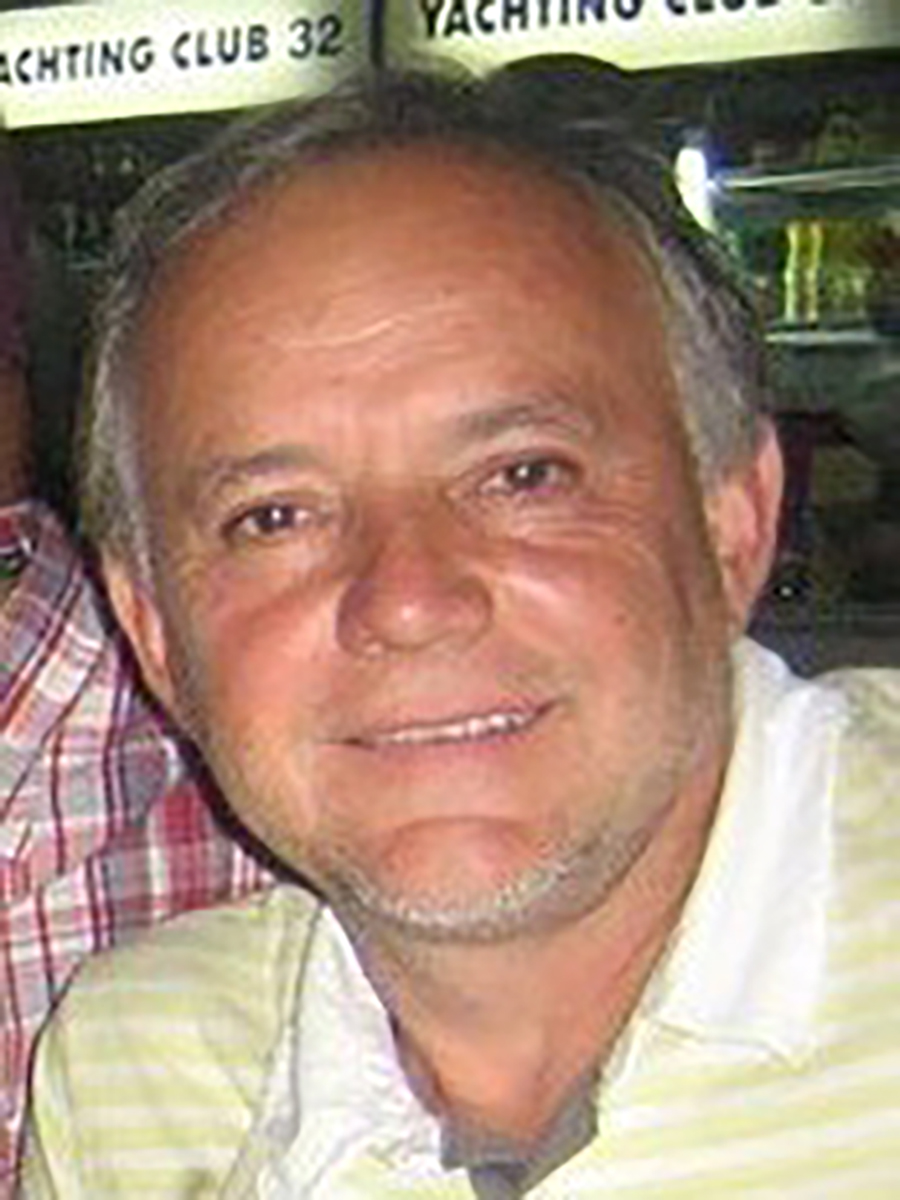 Vjeko is involved in interfaith work since 1986 when he was living in Baghdad. From 1994 to 1996 he has been working for UN in Sarajevo, assisting various missions and started a project CSIS-Center for Strategic & International Studies in Conflict Resolution for Religious Communities. In 1997, together with CSIS, WCRP-World Conference on Religion and Peace and USIP-United States Institute for Peace, he has assisted in forming of Inter-Religious Council of Bosnia and Herzegovina. 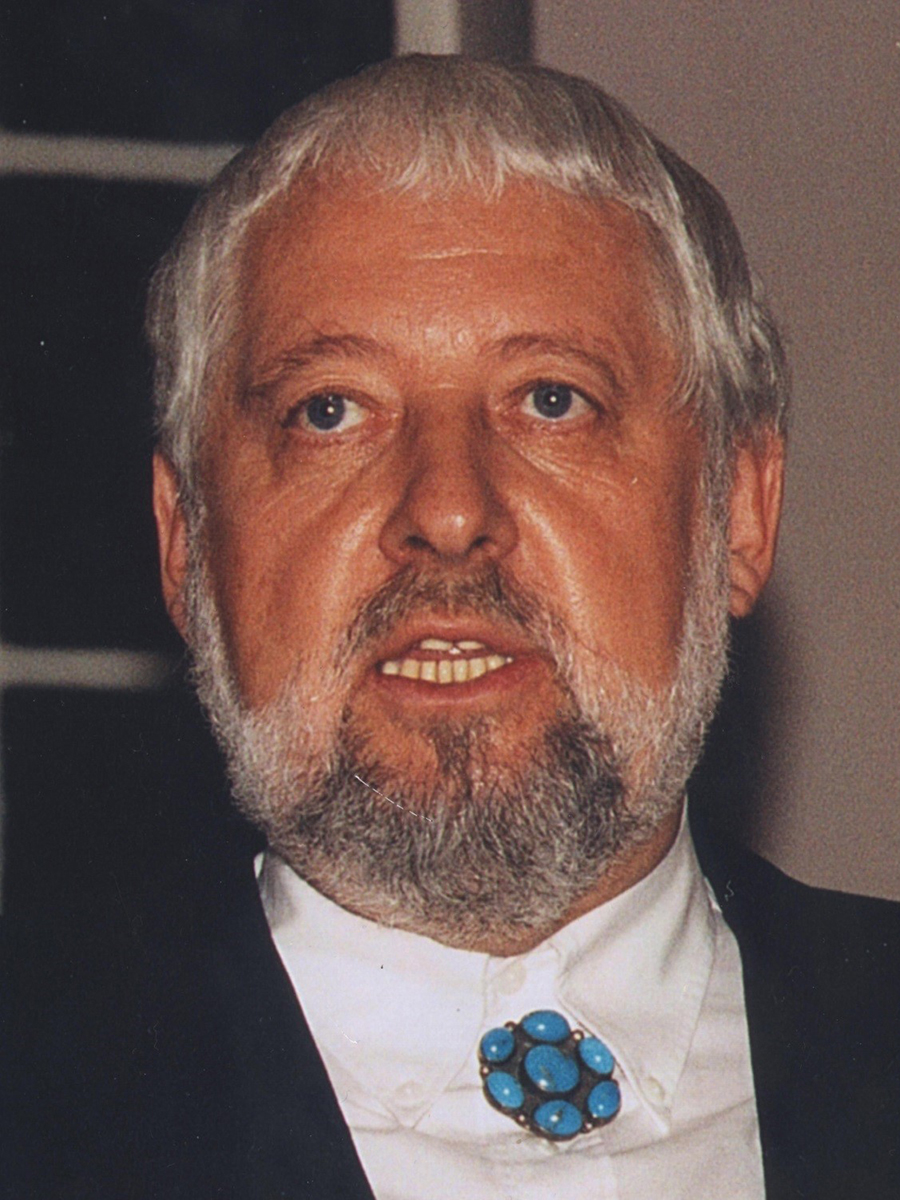 Sheikh BASHIR is a Muslim leader, co-founder of the oldest Islamic organization in Germany, the German Muslim-League, co-founder of the national Islamic umbrella organization Central Council of Muslims in Germanyand Sheikh, i.e. spiritual leader, of the Sufiorder Tariqah As-Safinah and of the German Muslim-League Bonn. He has been strongly involved in interfaith dialogue for decades and is part of about 20 different peace and interfaith efforts, among them the Christian-Islamic Society, which he has served for 20 years as a board member, 12of these as president. Being very involved in Abrahamic dialogue e.g. on the planning teams of the “Standing conference of Jews, Christians and Muslims in Europe” (1985-1999) he has also co-founded the “Jewish Christian Muslim Summer School” at Ammerdown, UK, and has served as its Muslim team-leader (1991-2014). Another longstanding residential event he has co-founded is the annual “Christian-Islamic conference at Pentecost” which runs uninterruptedly since 1988, and he serves as Muslim team-leader on the conference team. All these happenings are residential events for several days up to a full week. Since 1997 Sheikh Bashir has been involved founding and building URI, he has served URI for two terms as elected Global Council member of the Europe region and continues to serve on the URI Europe board and as president of URI Germany. 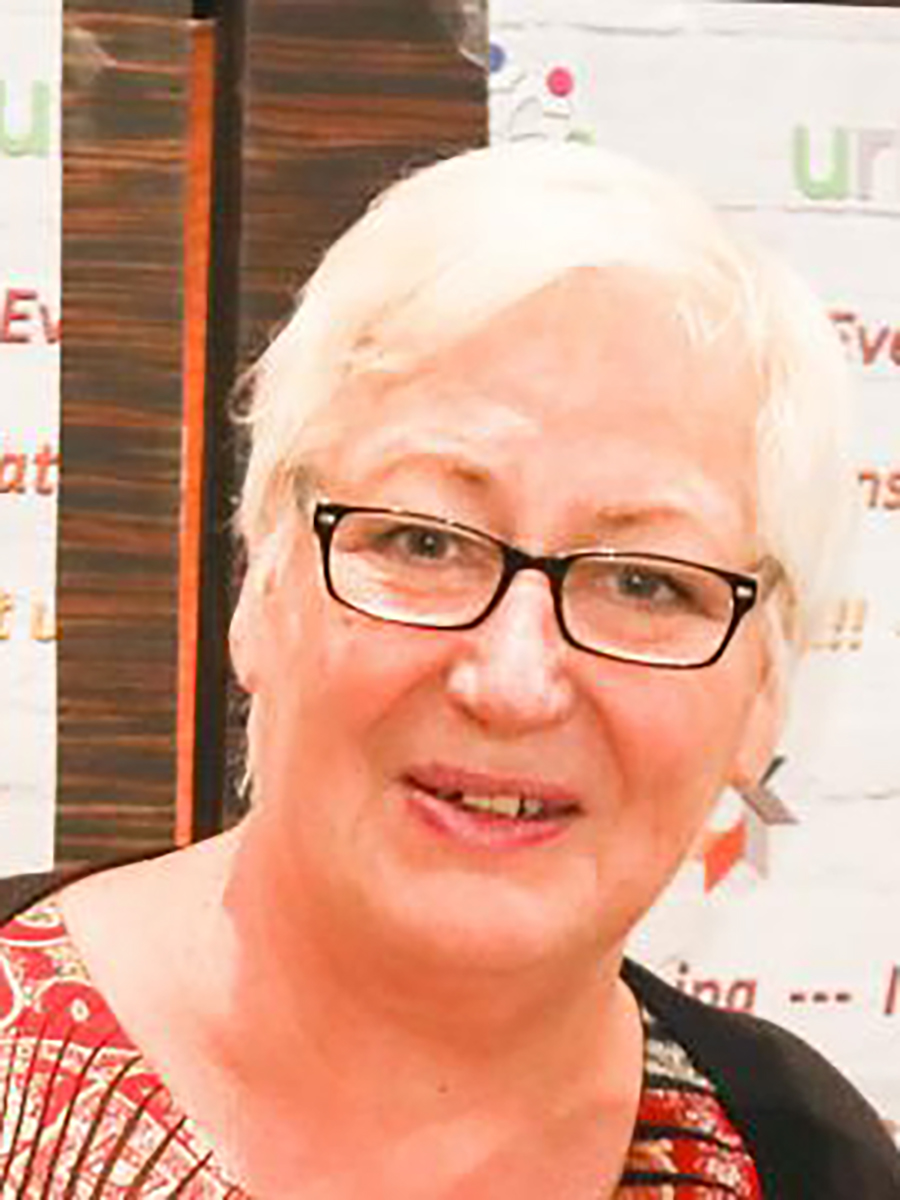 An artist and teacher, Marianne Horling is a member of an intercultural choir and has worked with migrant children from many different backgrounds, teaching them to explore and reflect upon the world of art. She spent many years working with a member of the German Parliament, has participated in several interfaith conferences and organized seminars on the hidden meanings of fairy tales. 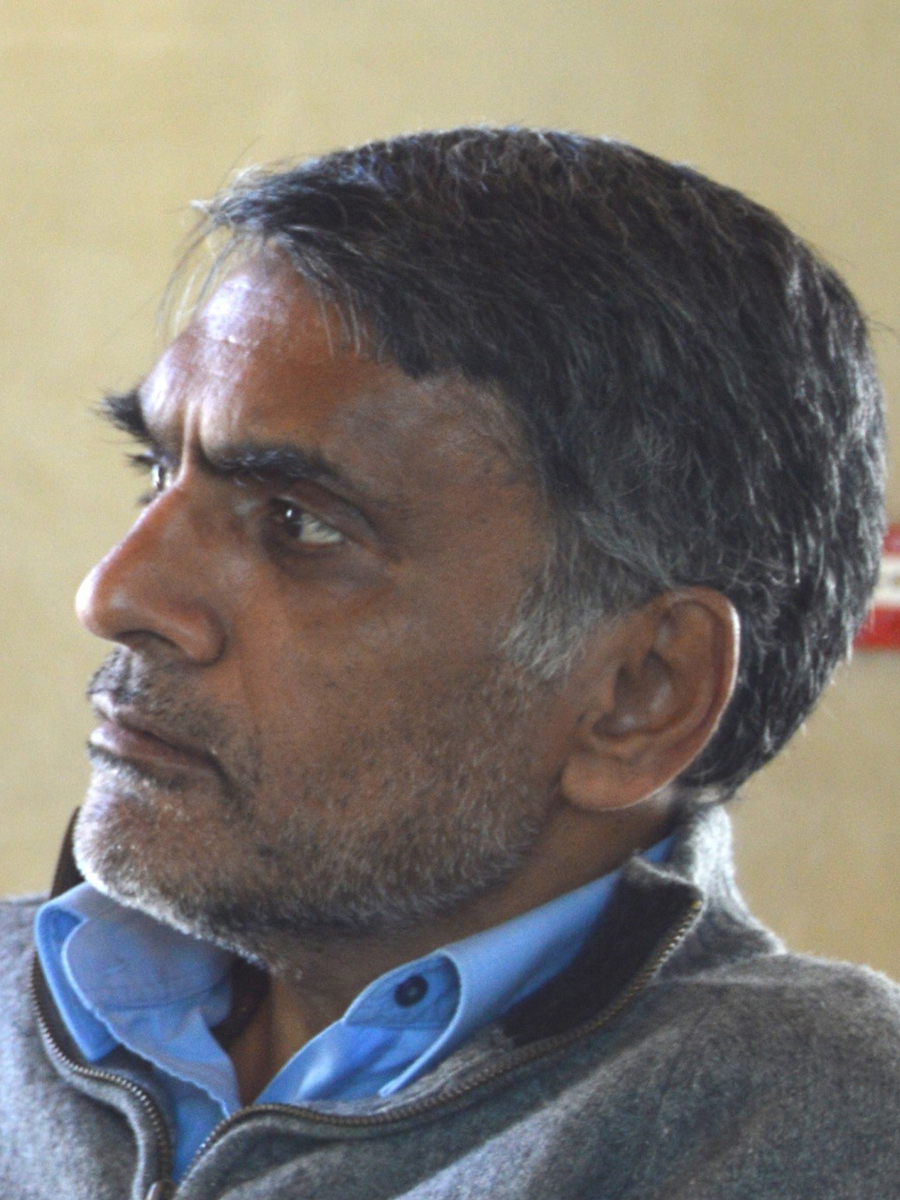 Deepak Naik MBE, FRSA, is honoured to be with URI from the time of its design, establishment and nurturing into a global inter-faith movement. In the UK and locally, Deepak is an activist for over 40 years, working mostly with young adults to co-create, organise, and delivery work that celebrate and honour the sacred, safeguard nature and help bring sense of fairness and hope to all. I was born in Uganda to parents from India, for most of my life I have been blessed to live England. For me, the world of inter-faith dialogue is a reasonable start however action between people of different faiths, traditions and beliefs is better. I believe the journey to building and maintaining healthy and meaningful relations between people who are different is by facing and experience our failures and success together. 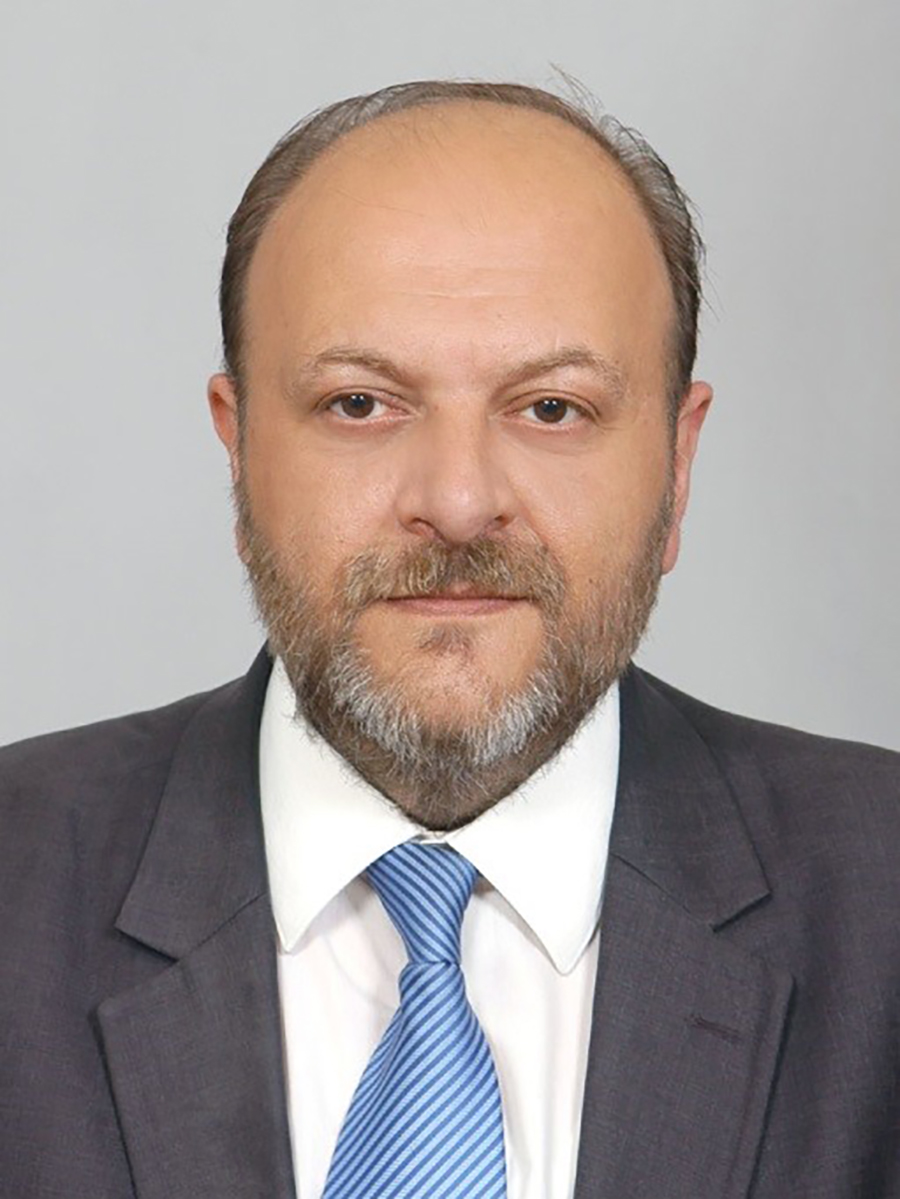 Mr. Gramatikoff is a hierodeacon of the Bulgarian Orthodox Church, as well a Doctor (Didiaskalos) of the Universal Orthodox Church. He is currently the Chief Expert in religious questions in the municipality of Plovdiv, as well as Vice President of the Eastern European Forum for Dialogue-Bridges NGO. He has been working for years in the field of human rights, defending the traditional view of the Orthodox church in terms of respect for all beliefs, beside all theological conceptions. 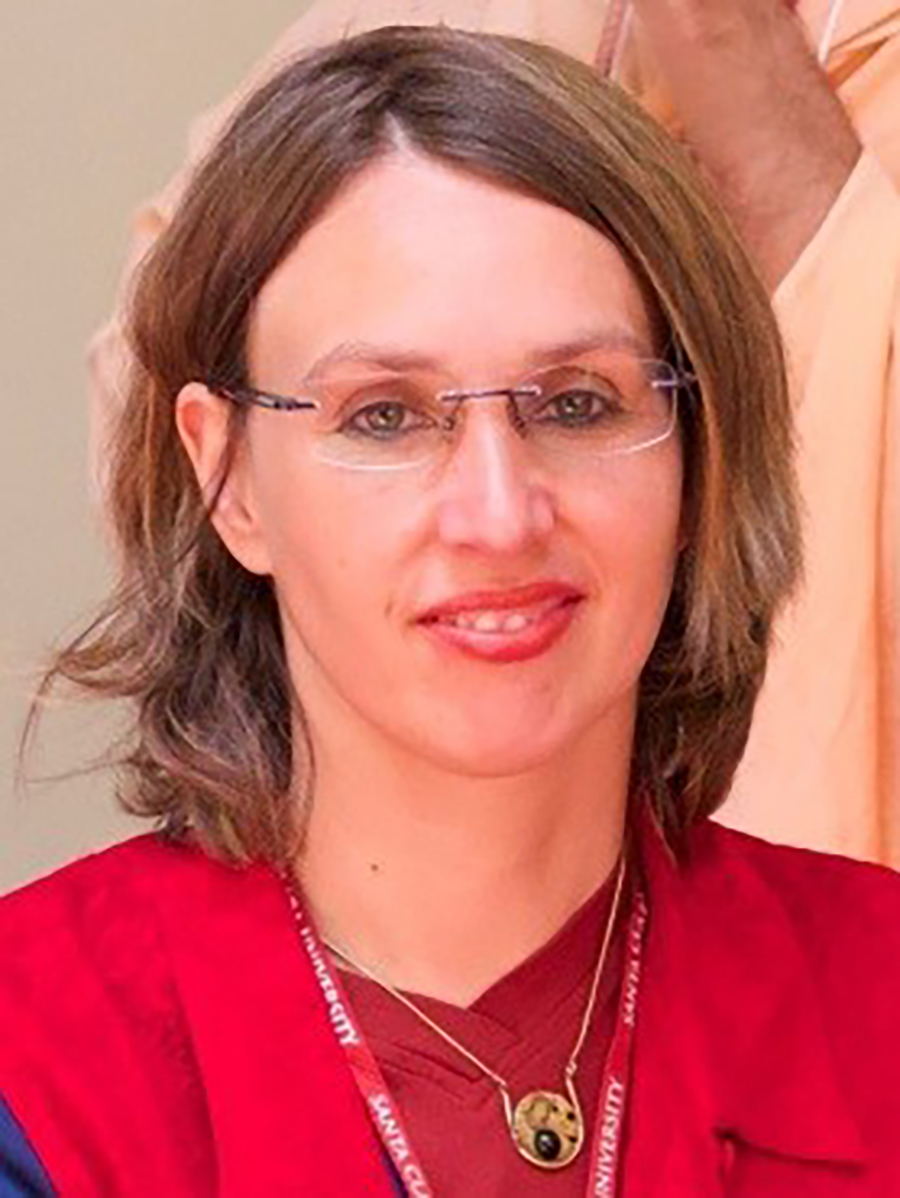 Karimah holds an MA degree in Economics from the University of Frankfurt/Main and an MA degree in Islamic Studies from the University of Bonn. Karimah works at the IT Department of Welthungerhilfe, a development NGO in Bonn, as officer for IT project management - after having worked in IT training, digital learning and IT knowledge management for some years. Since 2003 she is the European co-ordinator of the URI; she works with the URI Europe board and regional support team to support URI development in Europe. She is actively involved, including in board functions, in various NGOs, interfaith efforts and planning teams as well as Muslim organisations. Her research thesis "An Empirical Study of Islamic culture in Germany with special consideration of women’s issues" was published by Weissensee Verlag publishers. 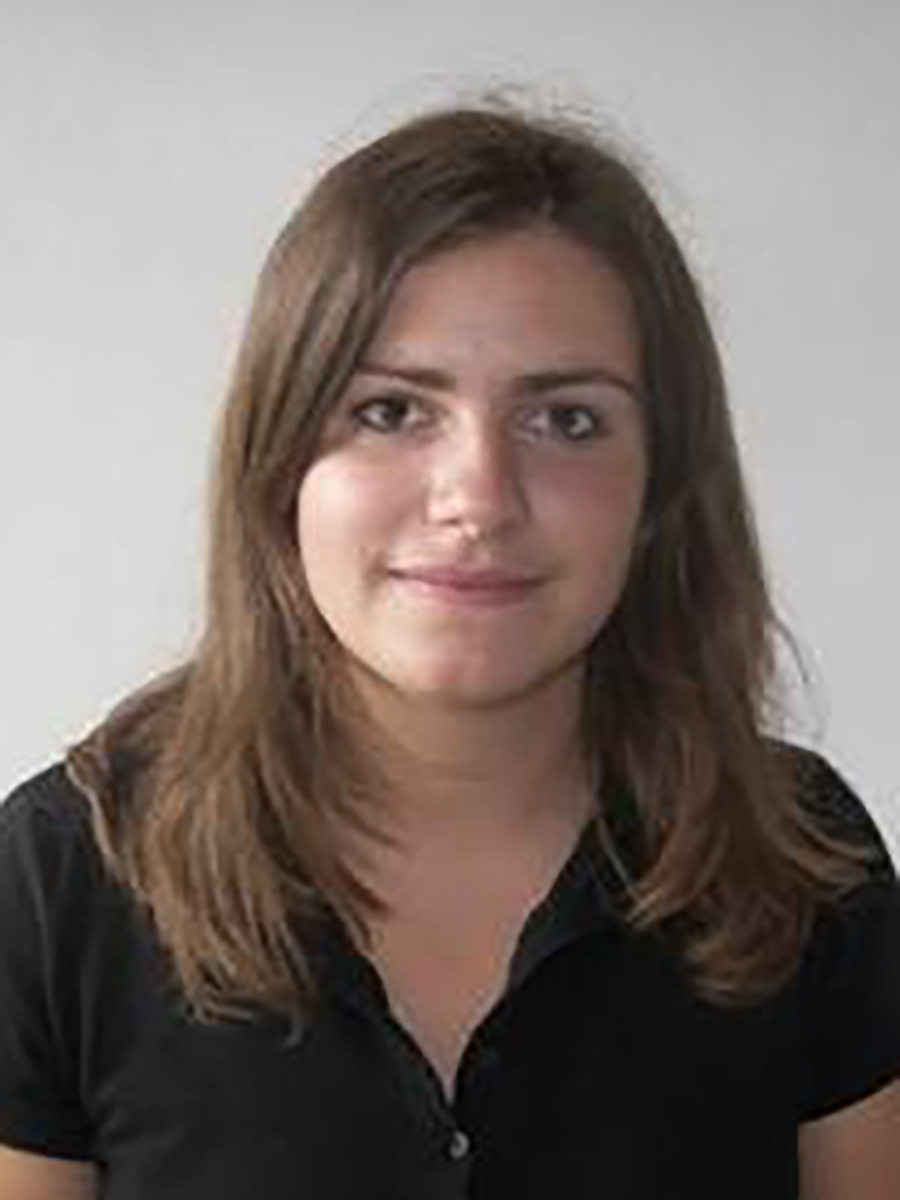 Lejla is psychologist, psychotherapist, activist, peace builder and volunteer from Bosnia and Herzegovina. Currently she is doing her PhD in psychology at Ankara Yildirim Beyazit University in Turkey and she is working as URI Europe CC Liaison Officer. She was URI Youth Ambassador and she is co-founder of Youth For Peace URI CC from Bosnia and Herzegovina and Friendship Among Cultures in Turkey URI CC. Also she is Learning to Live Together (LTLT) Arigatou International trainer and she holds Diploma in Islamic studies from University of Sarajevo, Bosnia and Herzegovina. Everyday trying to build bridges among people mind, hearts and souls, believing that small things are making big changes. 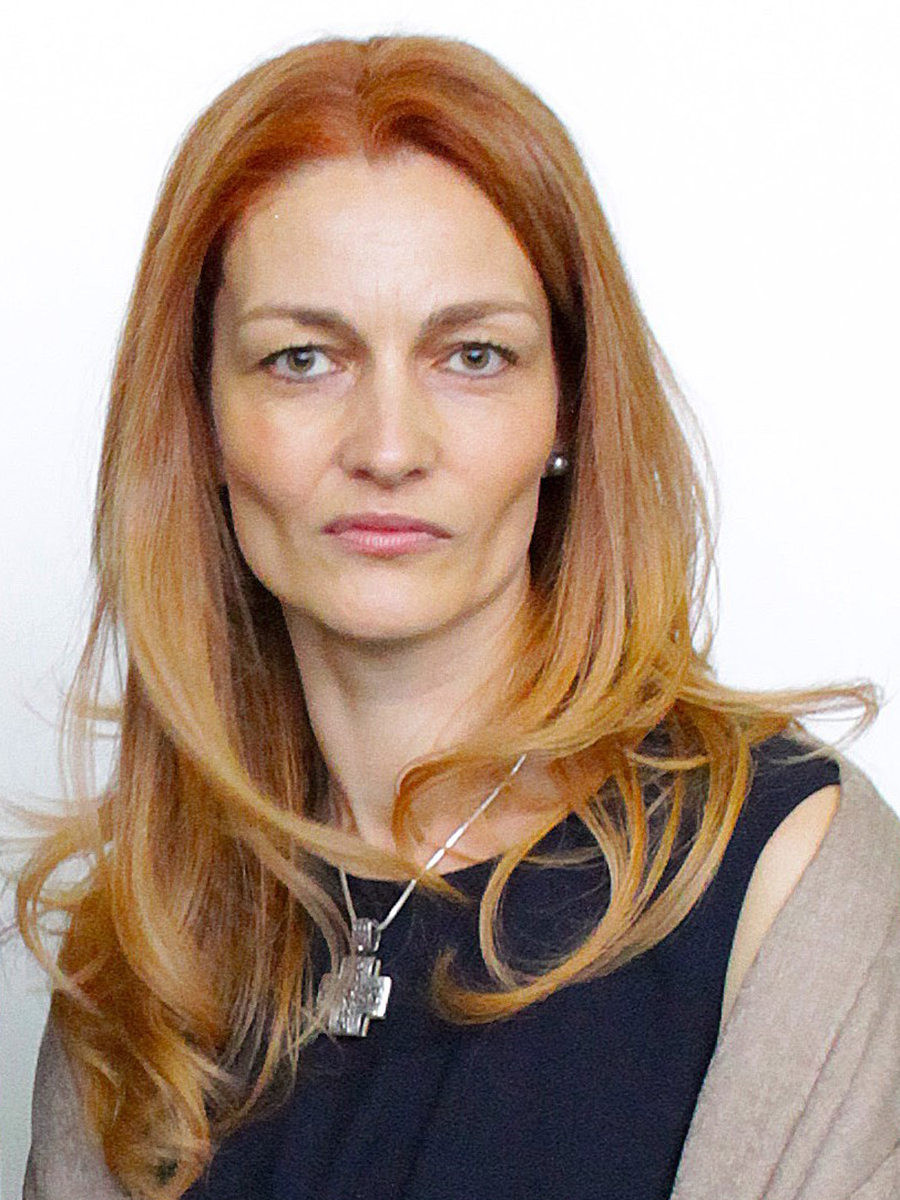 Angelina is an activist and peacebuilder from Bulgaria. She is Eastern Orthodox Christian  with Master degree in Ecumenical Theology from Geneva University and Chateau de Bossey, Switzerland. She is a chair of BRIDGES – Eastern European Forum for Dialogue – an NGO for intercultural and interfaith dialogue; actively involved in practical dialogue among people from different faiths in Bulgaria. Her interests are: working with youth, art as a tool of dialogue, ecology and women's issues. Currently Angelina serves as URI Europe CC Liaison Officer (since 2015).

A happy heart = a smiling face

Many plumes give you strong wings!

Everyone is entitled to a bad day!

The one who knows himself, is kind to others

In the darkest night shine the brightest stars

Are you right down in the dumps? Stop digging!

The one who accumulates too much, goes mad

Self-control: a characteristic of civilisation

When you let go, the problem takes care of itself!

Remain lovingly. No path for softies.

Your Good Morning makes my day

Real progress leaves nobody behind

Real freedom? Learn to let go of yourself

Nature does not speak, but says a lot ...

The one who beams never walks in the dark

Travelling? Everything you leave behind is a welcome bonus - URI Europe Proverb for July

Go outside. Let the world in.